Culture. It’s become something of a buzzword. I hesitate to write about it on that score alone. But every company’s got one, and not surprisingly, successful companies tend to sport an enviable and compelling company culture. Think Zappos, Google, or Facebook. 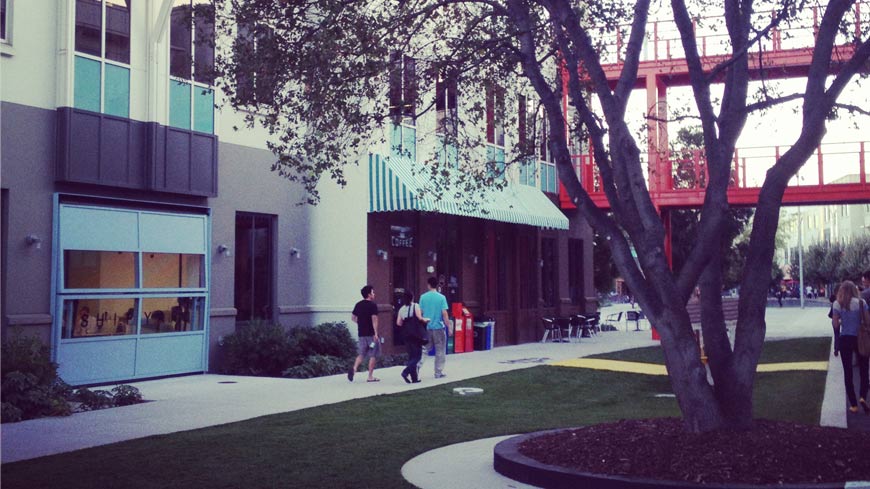 Last week some of our team visited Facebook Headquarters, and I confess that halfway through the tour I completely succumbed to their charm. The best explanation I can find for this is Facebook culture. I was enthralled with the open work space, the hum of activity, the quirky art, and, oh yeah, the large liquor cabinet in the corner. The whole place exudes a creative-productivity that’s wrapped up in an atmosphere of cool. I became a groupie on the spot.

And that’s what good culture does. It attracts. It communicates, without words, what a company is all about. That’s not to say there aren’t words that define the culture. Most companies have mission statements, core values, and philosophies. But these statements mean nothing unless they’re believed and practiced by the people. Culture is your company’s philosophy in action; it’s the living, breathing story you tell yourself and your customers every day.

I learned that Facebook’s core values are: be open; be bold; move fast; make an impact. But I knew that without being told. I saw it. I felt it. Culture is loud, and it’s powerful.

So what does your culture say about you? What kind of story is your company telling? We all know there are good and bad stories. Good stories are deliberate and take work; they call for commitment and action. Successful companies cultivate a dynamic and engaging culture. It’s the soil out of which brilliant and innovative ideas spring. It reflects who they are and where they’re going.

If you’re unhappy with your company’s story, it’s not too late to change. Take a lesson from Facebook: be bold, be intentional, and create a culture worth living and sharing.